Posted on May 11, 2015 by davidhendersonphotographer 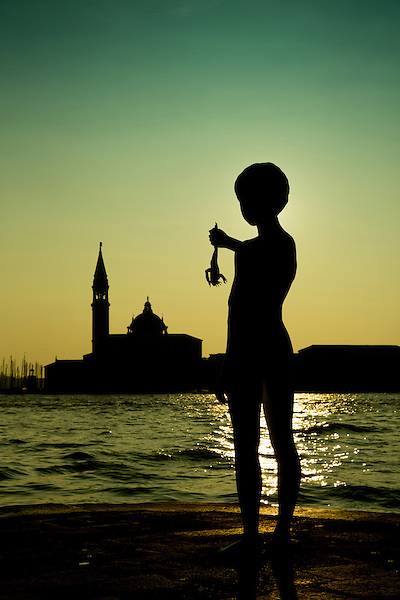 The eight-foot-tall sculpture of a boy holding a squirming frog by was commissioned to sit at the tip of the Punta della Dogana, between the Grand and the Guidecca canals in Venice. The work, by the California artist Charles Ray, was a much-loved landmark, photographed daily by scores of tourists. However,  the city of Venice, vowed to local pressure to remove it and replace it with a reproduction of the 19th-century lamppost that formerly stood there.

While the sculpture had its fans, it also had detractors. Although classically inspired and seemingly in keeping with much of the city’s art and architecture, some local residents missed the lamppost, long a romantic meeting spot for loving couples!

François Pinault, the French luxury goods magnate and collector, commissioned Mr. Ray’s sculpture, made of white-painted stainless steel, after signing a 33-year-agreement with the city to transform the 17th-century Dogana, a former customs house, into an art museum filled with work from his vast collection. It opened in June 2009, on the eve of that year’s Venice Biennale.