Posted on May 19, 2015 by davidhendersonphotographer 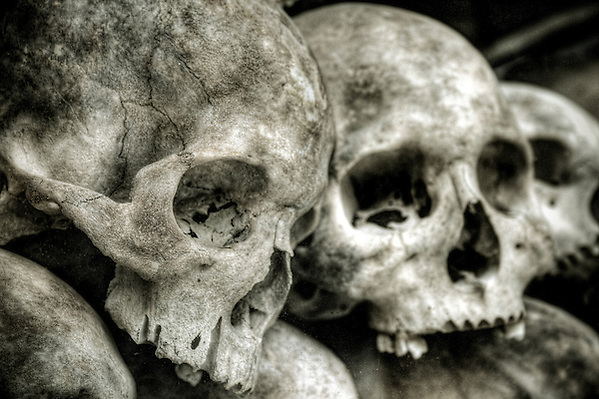 The Killing Fields are a number of sites in Cambodia where nearly 2 million people were killed and buried by the Communist Khmer Rouge regime between 1975 to 1979. The mass killings are widely regarded as part of a broad state sponsored genocide.

The Khmer Rouge regime arrested and executed almost everyone suspected of connections with the former government as well as professionals and intellectuals including their children. It is estimated that between 40,000 to 60,000 Buddhist monks were executed, with the Khmer Rouge destroying 95% of the country’s temples.

The best known monument of the Killing Fields is at the village of Choeung Ek, a short distance outside the capital Phnom Phen. The memorial park at Choeung Ek has been built around the mass graves of many thousands of victims, most of whom were executed after they had been transported from the S-21 Prison in Phnom Penh. It is thought that over 17,000 people were murdered and buried in the concentrated area at Choeung Ek, with 9,000 bodies being exhumed up to 2005.  Bones and clothing can still surface after heavy periods of  rainfalls due to the large number of bodies still buried in shallow mass graves. The site is now dominated by a Buddhist stupa which is filled with 5,000 human skulls.